The History of Polarity Therapy 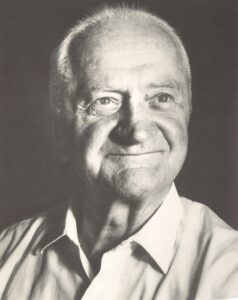 Polarity Therapy, a hands-on, energy therapy, was developed by Dr. Randolph Stone, a Chicago chiropractor and osteopath, over several decades beginning in the 1930’s. He created and developed Polarity Therapy  to fill a gap he saw in health care.

It began with his realizing that the same people were coming back for the same correction time and again.  Made him wonder, What is going on in my patients that they are stuck in recurring tension, dysfunction, and breakdown? How can I help them to break their patterns and truly heal?

He began his search for a deeper explanation than his Western medical training afforded him.  Furthermore, he was disturbed by a trend he saw in the medical profession. He said to the doctors of his day, We’re starting to specialize too much.  Each specialty has its own turf and language, our communication with one another suffers, and our patients are the ones who lose. There has to be a common understanding, a common denominator, that underlies all disease process, that gives us common ground for assessing, treating, and communicating with one another. He set out to find that.

With doctors and teachers, Stone studied medical systems worldwide. He felt drawn to the Eastern healing traditions, and it was the Ayurvedic medical system of India, thousands of years in use, that most captured his attention. The Ayurveda spoke of the body’s having an energy field, the deepest system in our bodies, and its causal relationship with vitality and well-being. 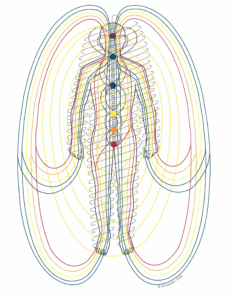 In Ayurveda, they treated conditions at their subtler stages before symptom development, and at a deeper level of cause. It seems our energy field underlies all aspects of our health and healthy function. Where the energy is flowing freely, health arises; where the energy is obstructed, health begins to break down.  Subtly at first, then, untreated, as manifest symptoms. Polarity Therapy removes the obstruction and allows the energy to flow freely again.

“In short, Polarity Therapy is a way of working with the fundamental energies of life, a way of bringing these energy currents to a state of balance and removing obstructions to their free flow throughout the human energy field.”1 “Polarity involves simple touching rather than stroking. The therapist always has both hands on the client’s body, either merely resting them in specific places, rocking the body, or rhythmically pressing in at various depths. These touches are designed to release obstructions to the free flow of energy through the body. So that the person is supported in returning to health.”2  “Establishing this state of flowing balance enables the life energies to bring about whatever healing needs to be done, if the patient cooperates!  This balanced condition is experienced as one of deep … relaxation, as radiant health and improved peace of mind.”3

Dr. Stone blended his Western methods with the Ayurvedic energy model and treatments, and called this healing technique Polarity Therapy, because the therapy would restore the patient’s energy to moving freely again in its positive-to-negative polarities of flow. He presented Polarity Therapy to his medical peers, but they rejected his new therapy and its energy paradigm.  The emerging allopathic medical model with its reliance on pharmaceuticals was sweeping medicine. Talk of energy found no place.

Dr. Stone quietly went about his new work and over the years deepened and refined it, and began to write about it, this whole-body, whole-life healing modality.  In the 1970’s, holistic practitioners who’d learned of him, persuaded him to come out of retirement and teach them Polarity Therapy, this new and ancient healing modality. Quantum physics has long since authenticated the truth of these life energies. We are the beneficiaries.